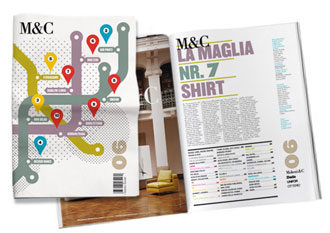 "You can tell a true player by his courage, his altruism and his imagination”, sang Francesco De Gregori, when, before taking a penalty kick, Nino “put his heart in his boots and ran faster than the wind”. And this year we too have run faster than the wind, with courage and imagination. We have sought out new encounters and thus given rise to two new collections, both speaking an unusual language. Gio Ponti and Ron Gilad. A great maestro of the 20th century and a young designer of great talent. Tradition and experimentation hand in hand in our quest for research,quality and surprise. On the one hand a re-make of furniture and furnishings designed by Gio Ponti, offered to the general public for the first time after a lengthy study of his prototypes, thanks to the exclusive agreement signed with his heirs. On the other hand, a collection of furnishings by Ron Gilad, resulting from a fortunate encounter between the Israeli designer and the quality and entrepreneurial excellence of Molteni&C. A wager and a challenge that will enable us too to play “this coming year with shirt number seven”.