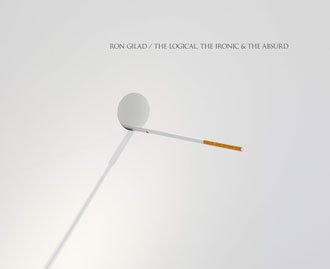 Light without a lighting fixture, wind without a fan, smoke made of marble, a dripping chair – Ron Gilad's work compels the viewer to embrace doubt as a supreme value, and to question the validity of things that are usually taken for granted. His objects appear to be familiar, functional everyday objects; Gilad's work process, however, divests them of their original function, and transports them to new realms. This 30 minutes documentary is a reportage of the first Gilad’s solo exhibition commissioned by a museum. It opened in July 2013 at the Tel Aviv Museum of Art. “Ron Gilad. The Logical, the Ironic, and the Absurd” is its title and it includes approximately 100 works, most of which were designed and produced in 2013 by Italian manufacturers. Some of these concepts may potentially be "translated" into functional products. Ron Gilad(b.1972) studied in the industrial design department at the Bezalel Academy of Art and Design, Jerusalem;he lives and works in Tel Aviv and Milan. Over the past year, he has received the Wallpaper Design Award (Designer of the Year; Best Domestic Design) and the Elle Décor International Design Award (Designer of the Year; Furniture Design).