Search for articles, topics or more 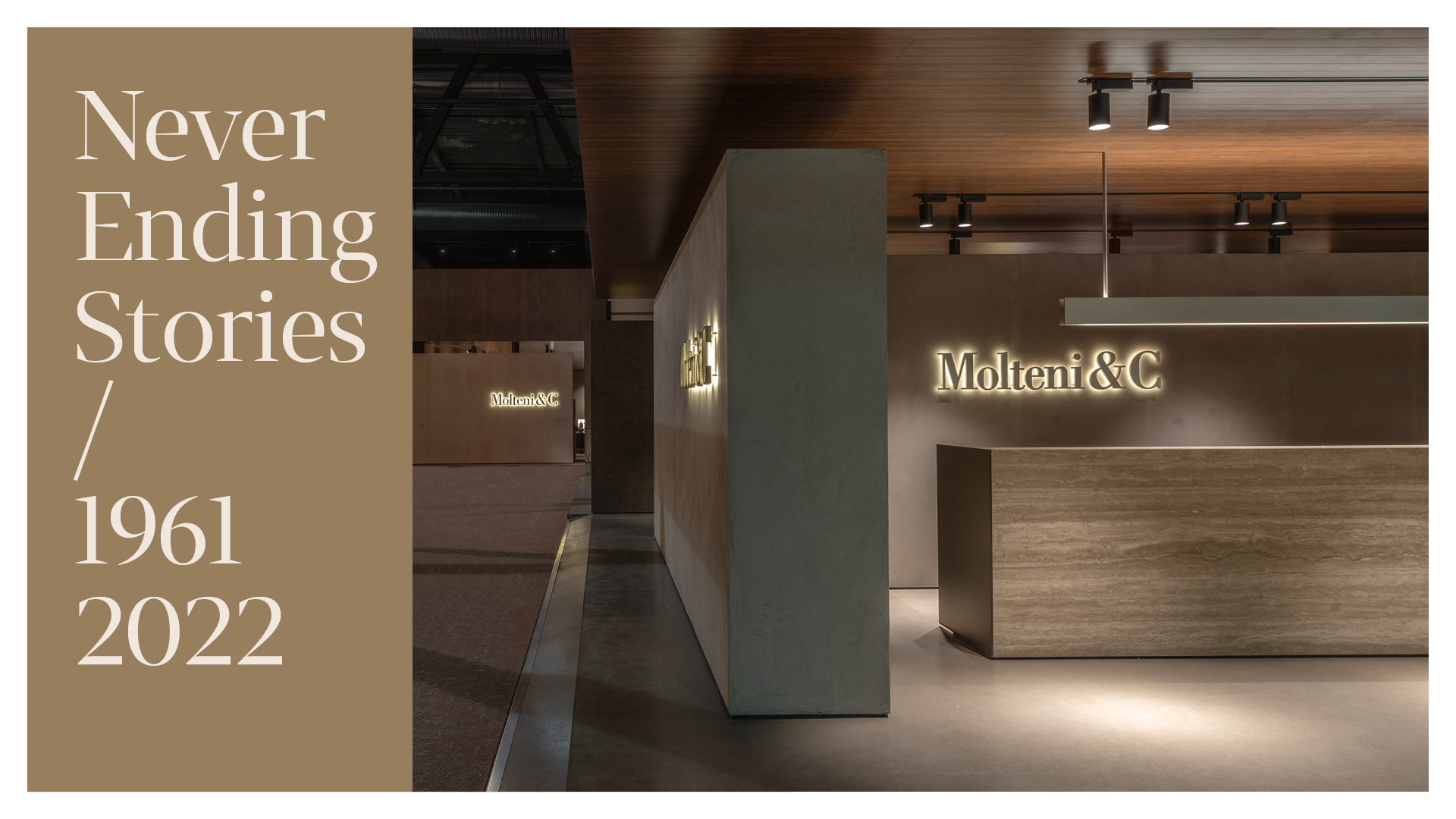 This first edition was a success, with more than 12,000 visitors, 800 of whom were from abroad, drawn to Milan to admire Made in Italy furniture.

The Salone was the brainchild of a group of 13 furniture entrepreneurs (led by Tito Armellini, director of the Associazione Industriali del Legno e Sughero Alta Italia) and encompassed two pavilions of the Fiera Campionaria: in total, there were 328 exhibitors, distributed over an exhibition area of 12,000sqm. In this spirit, the Salone was a national event until 1966. From 1967, however, it operated an international edition every other year and, since 1991, every edition has been proudly international. Today, the Salone del Mobile is the most important and well attended furniture fair in the world. Angelo Molteni, the founder of Molteni&C, was one of those original 13 entrepreneurs who founded the Salone. For many years he was also a member of the executive committee of Cosmit, the company that still organises and manages the event, which welcomed 386,000 visitors from 181 countries in 2019.

The union between Salone del Mobile and Molteni&C has been active, non-stop, for more than 60 years – Molteni&C is among the few founder companies to have taken part in every single edition. It’s an impressive record that testifies to the affection for the fair held by all the companies within the Molteni Group – Dada, UniFor and Citterio. Together, the Molteni Group has also taken part every other year in Euro Cucina since 1974 and Workplace 3.0 (the exhibition formerly known as EIMU and SaloneUfficio) since 1982. The Salone is the climax of Molteni Group’s annual strategy to present new products that have been designed and produced over the preceding months to a specialised public and the media. Each corporate department – R&D, production, marketing, communications and general management – is involved in planning, designing and participating in the fair, from studying the products to be exhibited, to involving designers and R&D in the design of the stand itself. This stand changes every year, not only in its size (becoming larger and more ambitious over the years) but also in the mood of its staging. All of this takes place under the watchful eye of the group's creative director, whose job is to convey the collections to the public, and capture the attention of architects, interior designers, landscapists and curators. The first furniture fair was hosted in the city of Milan itself, where the company showed initially in Pavilion 28 before moving to the legendary Pavillion 30, which was devoted to design companies. Things remained this way right through to the early 1970s, when Molteni&C moved to the FIAT Pavillion for almost 20 years, before showing in Palazzo Meccanica and ultimately, in 1993, returning the top floor of Pavilion 30. In 2006, the fair move to 345,000sqm Rho-Fiera, designed by Massimiliano Fuksas, where Molteni&C occupied Pavillion 20. Milan Design Week owes its fame and significance not only to the Rho trade fair, but also to the spontaneous event known as the Fuori Salone that first took place in the early 1980s in the Tortona district of the city. The Fuori Salone has since expanded across the entire metropolitan area, presenting ideas, products, materials, technologies and artistic performances in innovative and engaging ways. During the Fuori Salone, the whole city becomes a creative space that has no equal in the world – a place where hundreds of thousands of visitors gather to have fun. The Molteni Group has been taking part in this festival since as far back as the 1980s, using public spaces and their own showrooms (or those of partners, such as Salvatore Ferragamo’s boutique in via Montenapoleone) to present special events linked to that year’s themes. Memorable moments have included the 1987 presentation of Luca Meda’s Pergola kitchen in the construction site of the MM 3 underground line beneath the Torre Velasca; the presentation of the Amarena kitchen, also by Meda, at the Galleria Meravigli in 1992; the closure to traffic of the whole Corso Europa, opposite the Molteni&C|Dada Flagship Store, in 2008 for a project called The Shape of Things to Come; the celebrations for Molteni&C’s 80th anniversary, with the 80! exhibition at the GAM in via Palestro; the celebrations for Unifor’s 50th anniversary in the courtyards of the Accademia di Brera, staged by Ron Gilad; and the Aldo Rossi design 1960-1997 exhibition at the Museo del ‘900 in 2022.
So, this year it’s 60 years of the Salone del Mobile and the Molteni Group’s presence as an integral part of the event, all in the name of creativity and enthusiasm for taking part in and fostering innovative contemporary design.

Aldo Rossi. Design 1960-1997 at Milan’s Museo del Novecento brings together, for the first time, a collection of furniture and objects designed and produced by Rossi from 1960 to 1997.

Italian architect and designer Aldo Rossi had a passion for what he saw as the small constructions that fill our homes.

The Molteni Museum has new premises in the Giussano industrial compound north of Milan.

read full story
Stay in touch
Pursuant to privacy regulations, the personal data will be processed by Molteni&C S.p.A. in compliance with our Personal data protection policy. The user may, at any time, exercise its rights and revoke any consent given, also by sending an e-mail to privacy@molteni.it
Be the first to discover upcoming inspiring stories.

Thanks for your registration.